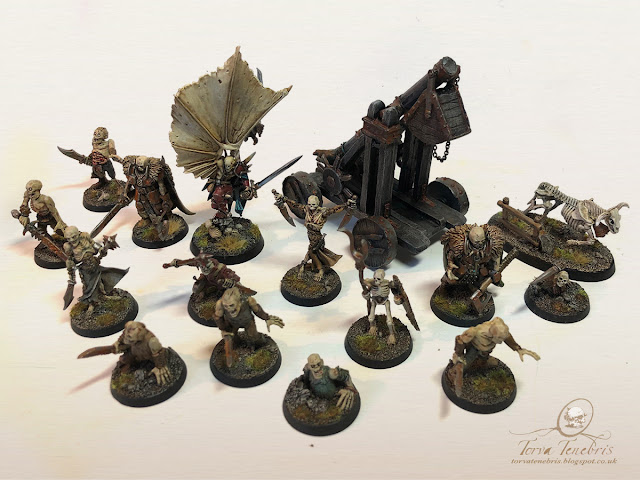 Today I'm laying to rest the Undead project that I started 21 months ago. Bar a few spare arms and perhaps the odd torso, I've gone through my entire collection (over 30 years worth of miniatures) and constructed and painted every ghoul, zombie, skeleton, and vampire that I could find.

Of that last category I've only really got a single model. The metal Winged Vampire Lord, probably sculpted by Brian Nelson and released around 2009 as part of Games Workshop's updated Vampire Counts range. A semi-armoured Nosferatu-style vampire, caught midway between his human and bat forms.

I thought he'd make a decent, potential general for my teething, rotting masses of undead, giving me an interesting, additional option for the allegiance of the entire force. Now, with a simple swap of leadership the army can go from being the re-animated thralls of a crazed necromancer, to the demented followers of a cabal of Chaos sorcerers, or the mind-slaved minions of a lone vampire.* 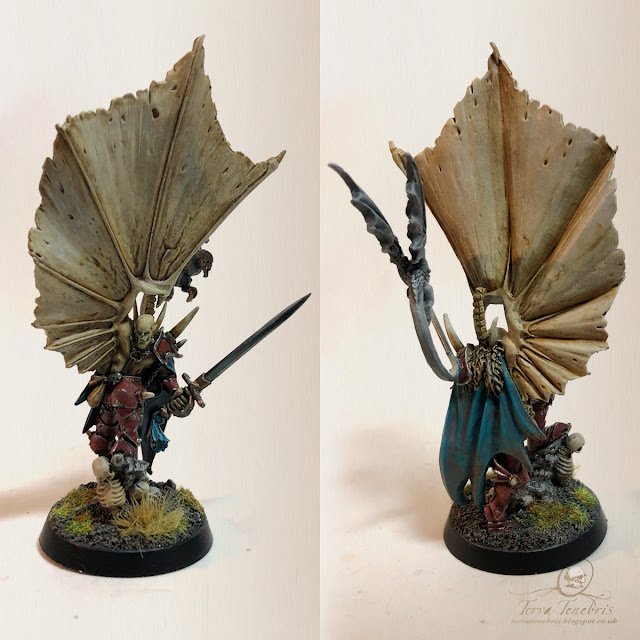 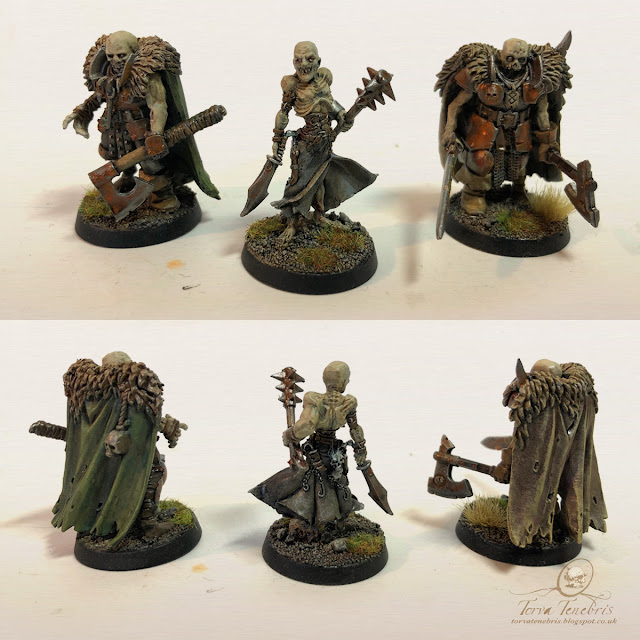 Talking of necromancers, I thought the middle guy above would make a pretty good proxy for one – especially as I don't currently have one in my collection. He was originally constructed to be a ghoul, but while painting all the incredible detail, I started to think he might just pass for a character model. And not necessarily just an undead-loving-mage – those spiky teeth of his could also see him playing the part of a vampire lieutenant.

Either way, he's seen above flanked by his new-found zombie Chaos warrior bodyguards. 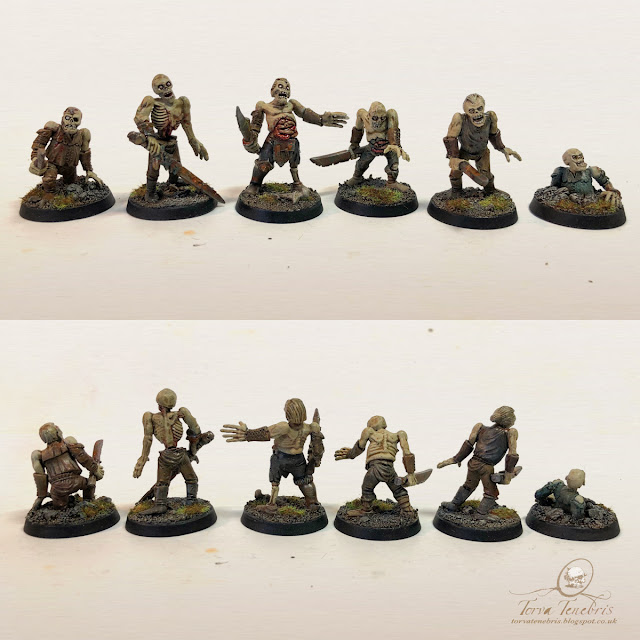 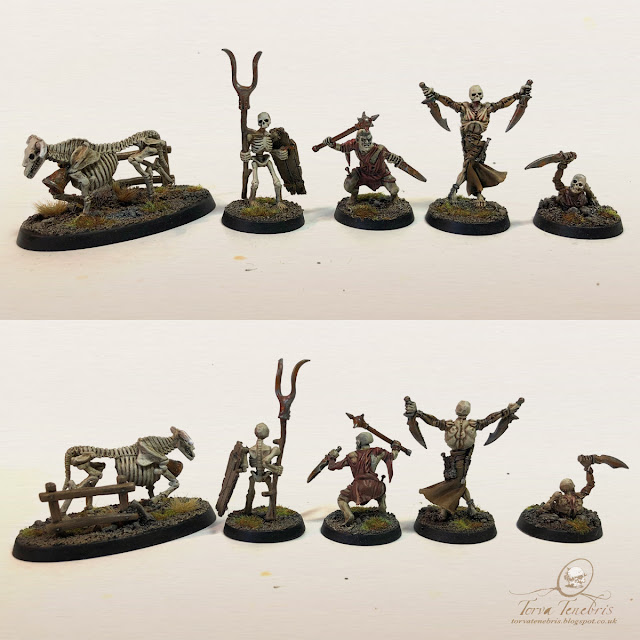 And tucked away here at the end is another really old model that has recently had a slight make-over and fresh paint job. Given the context, I suppose I ought to say it's been "re- vamped". It's an ancient Citadel Miniature, the Arcane Monstrosities Monstrous Orc War Machine from 1983, and is probably one of the oldest models in my collection. Along with a few other rock lobbers, catapults, wagons and bolt throwers, I'm going to use it as a freelancer – switching it between relevant armies and/or terrain pieces as, when and if the need arises.

So that's 16 newly finished miniatures – more than I managed in the whole of last year – meaning I have less than a quarter of my addiction challenge to go. Here's the new count:

*I actually prefer seeing it spelt 'vampyr' for that extra little dose of gothic-horror-ness. Although while I'm on the subject, the term 'haemophage' as used by China Miéville in his excellent Bas-Lag trilogy, is probably even better.
Posted by Tod Tenebris