I still haven't got anywhere on my various ongoing Undead projects, so today I'm going to share a few more models from my old Ork brigade – both finished and unfinished. But before I do that I want to start with an article from White Dwarf magazine that really resonated with me. This was just a single page, tucked into issue 304 of the UK magazine, released in early 2005, but it featured some of the best Ork conversions I have ever seen: three jetbikes made by Games Workshop artist Alex Boyd, to take the place of Deffkoptas in his army. 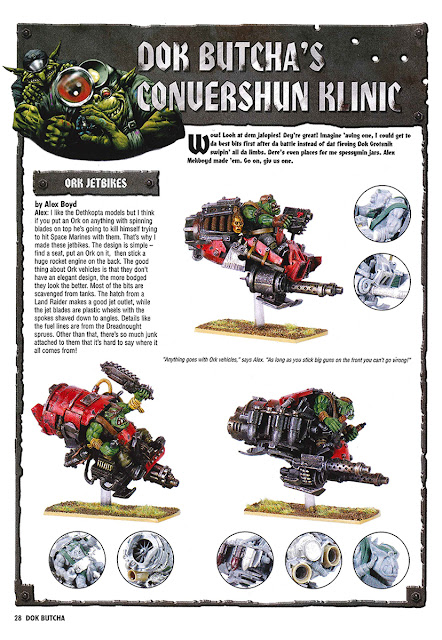 And this article is the inspiration for the models I want to share today. Three or four years after Alex Boyd's jetbikes appeared in White Dwarf, Games Workshop released the stunning Warhammer 40,000 starter set, Assault on Black Reach, and with it their first all-plastic Deffkoptas.

It's probably just me being a nerd, or maybe even ill-informed, but I've always had a bit of a problem with helicopter models where the blades look too short to lift the rest of the craft off the ground. My feeling is that it's cool to invent fictional technology that performs beyond current expectations, but it's not okay to say that something has changed physics.

So, I wasn't entirely taken with the Deffkopta models in the box, and decided to take a leaf out of Alex Boyd's book, cutting the rotors off and glueing a bloody great jet engine on the back instead. 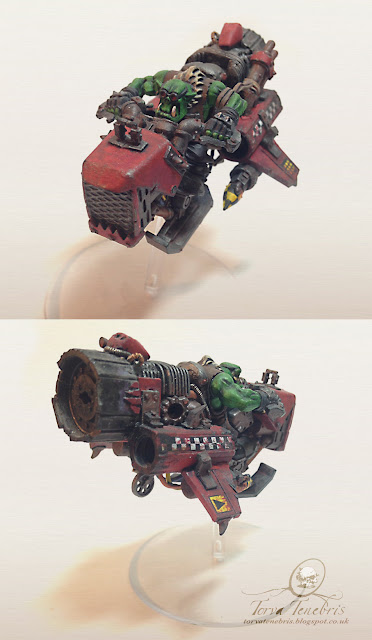 However, after completing the first one, I scrabbled around in my bits box and realised I didn't have enough parts to do the same thing to the other two Deffkoptas.

Fast forward to just a couple of years ago and Ramshackle Games came to the rescue. Their Jet Bike Kickstarter campaign contained a multitude of air intakes, jet nozzles, engine blocks and other fantastic, sci-fi, aeronautical bits – enough to give me everything I needed to complete the project.

I wanted all three flying machines to appear similar, yet distinct – like the mekboy responsible for their construction got bored and tried to vary the design as he went on.

As it turns out, it's an idea that in the real world wasn't that far from the truth. 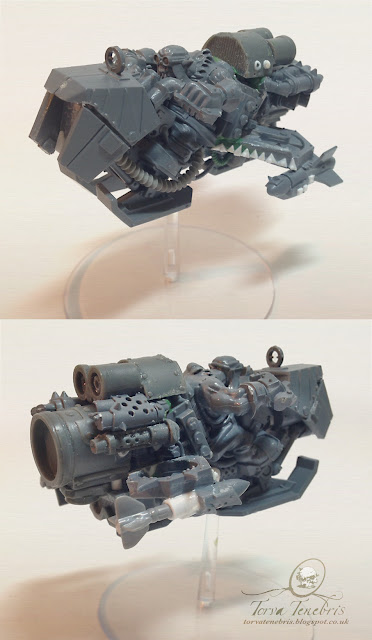 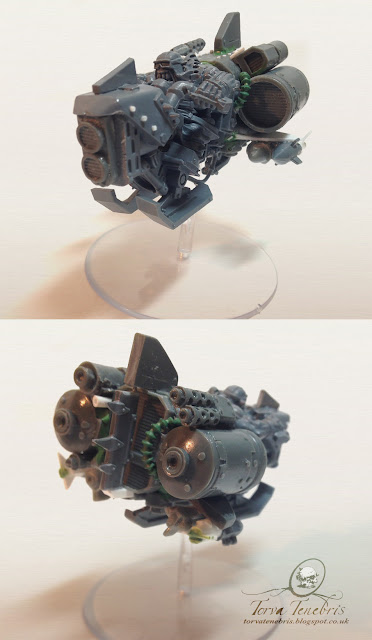