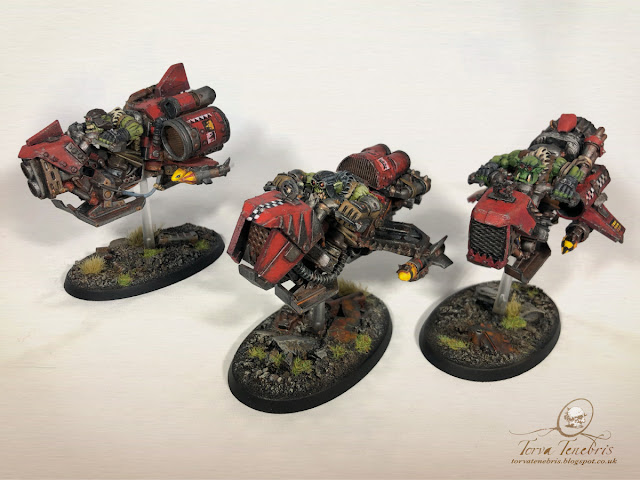 "Why float around da sky on poxy rotors when we can tear it in half wiv jets and frusters and stuff?"

This, or at least a question a bit like it, was what I imagine the warboss in my Ork armoured brigade asked his meks at some point after tasking them to come up "wiv a way of 'urting fings from abbuv".

I also imagine it preceded a point where several brave* Ork test pilots were accidentally retired or sent to the doks for snazzy, but much-needed Cybork "upgrades". 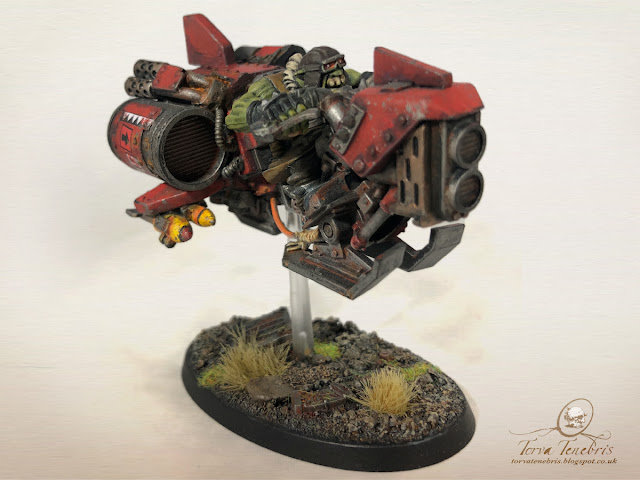 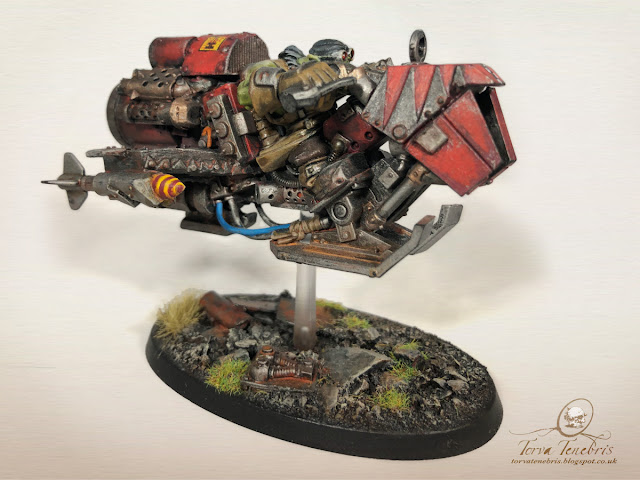 As with a lot of my Ork army, I finished the original, test model (on the right, in the picture of all three, above) a long time ago, possibly even before the birth of my eldest son, who recently celebrated his tenth birthday**. It then took the release of an assortment of jetbike parts from Ramshackle Games, some years later, to help me complete the next two conversions.
And then another few years before I got the paint on them, touched up the original, rebased them all, and finally reached the stage shown here. It's quite a timeline, so it's a major relief to finally get a whole squad finished. There can't be that many units left now? 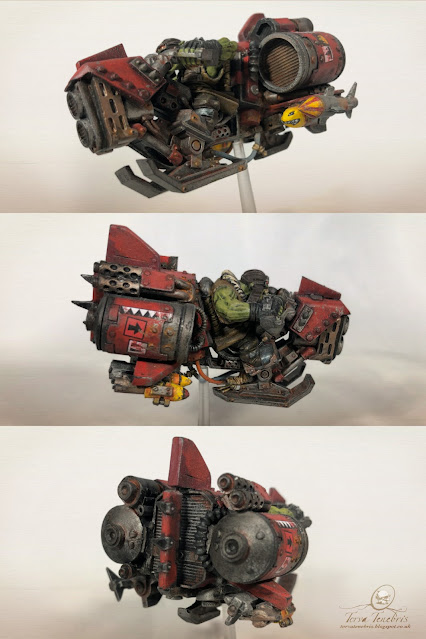 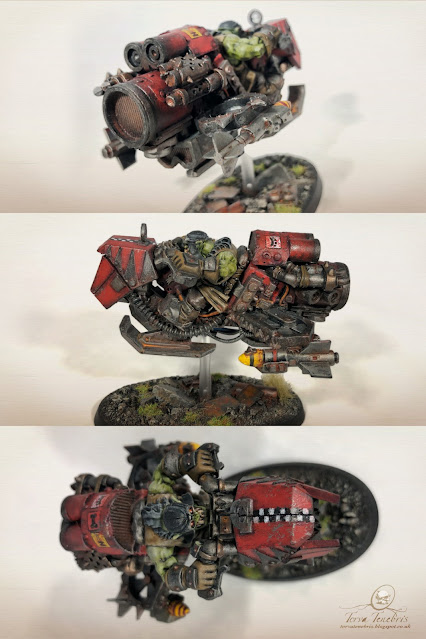 "Right lads, where are dem Cyborks? Let's get 'em to da front lines. And also dat Dread Mob? Cost me a lot of teef, dat – lotta boyz eatin' nuffin but soup. Which reminds me, where's all da grots round 'ere? And where are all my trukks? And 'ardboys? And Meganobz? What is dis, an 'oliday camp? Let's get movin' before I try fitting a boot-shaped fing in a butt-shaped hole."
*Stupid
**Happy birthday big guy. You're the very opposite of an Ork, you're a bright, talented, caring individual, and it's a pleasure being your dad
Posted by Tod Tenebris