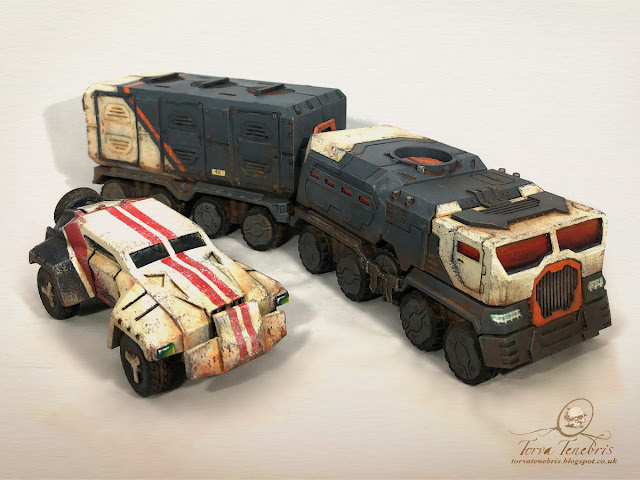 In anticipation of the release of the new Necromunda Ash Wastes vehicular combat game, I've dug out a handful of unfinished models and given them a coat of paint.

At the time of writing there's some speculation about the forthcoming game, but not many hard facts. As far as I can tell it looks set to introduce something like the Road Warrior aesthetic of the Mad Max films into the Warhammer 40,000 universe. And not for the first time either. Games Workshop has gone down this route before. Previous instances of the company riffing on George Miller's post-apocalyptic Australian action film series have produced the games Dark Future, Gorkamorka and Speed Freeks.

These three games all have various crossover points with what I imagine the new Necromunda expansion to be, but Dark Future, released in the late 80s, was the only one that focussed on human gangs – even if the models were in a slightly different scale to everything else. Coming in at roughly 20mm tall, the miniatures were way bigger than 6mm Epic scale, yet smaller than the 28-32mm of most of GW's other games.* But that didn't stop them being brilliant. Here are a few pages from White Dwarf around the time. 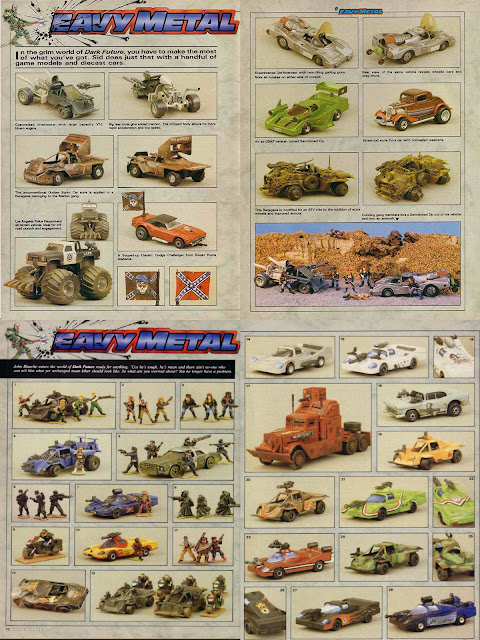 This started me thinking about what I call the Star Wars paint-job. It's the colour schemes we find throughout the Star Wars franchise, where vehicles are painted in predominantly flat, neutral colour tones: greys, creams etc, with a single, brighter, accent colour injected for detailing. And then the whole thing is beaten up, battered, and generally made to look as if it's seen better days. Luke's X-Wing in the original movie is a classic example, and it felt like an interesting direction in which to take a couple of ground vehicles.

The car below is a Marrua Gaucho from Antenociti's Workshop. It's a solid chunk of resin, and I've talked about the pre-paint clean-up here. I've decided this is going to be an escort runner; a fast set of wheels used to accompany a slower moving vehicle, providing extra tactical options, and additional manpower. 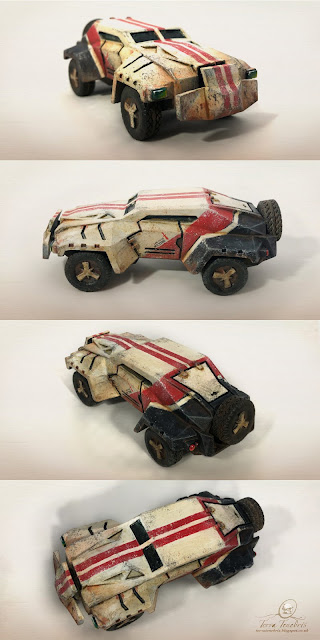 Meanwhile, I've called the truck an inter-spire light haulage rig – mainly because I'm anticipating the land train in the forthcoming Ash Wastes boxset to do a similar job, but to be significantly heavier. The model is actually a Pegasus Tactical Vehicle from Puppets War. You used to be able to buy the trailer (seen in the top image of the below set) that afforded a few different ways to construct the whole thing. I wanted to keep this modular capability as open as possible, so I talked about magnetising the various parts in an earlier post, here.
Below are some of the various different possibilities from the kit, seen from a few different angles. It was important to me that the two alternate cabs had individual paint schemes, but that the rest of the parts would be completely compatible with both. 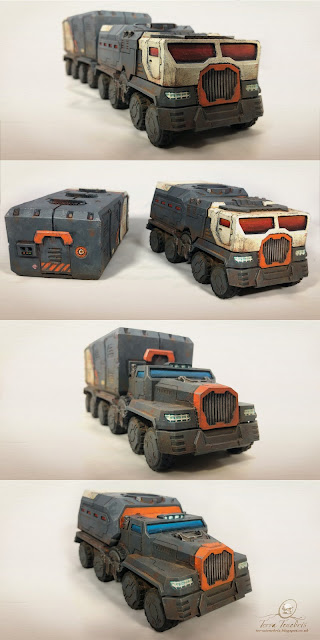 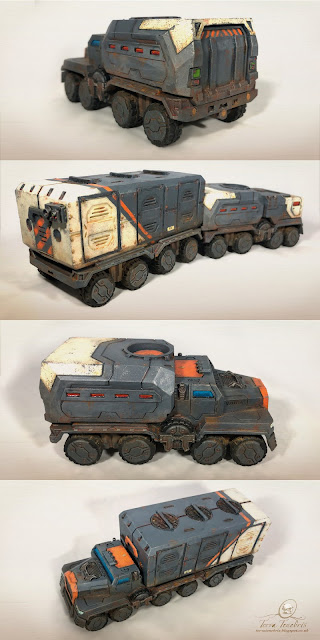 And last, and probably least, I also quickly painted up the following little fella. It was kind of a test model for the other two, where I could brush up on the techniques and see what worked. The model itself was just a cheap toy car that I found in a pound shop a few years ago, and thought might be good for just this purpose. I don't love the paint job or the vehicle, but it's good enough to pass as a bit of background texture, tucked away in a dark corner, out of full sight. 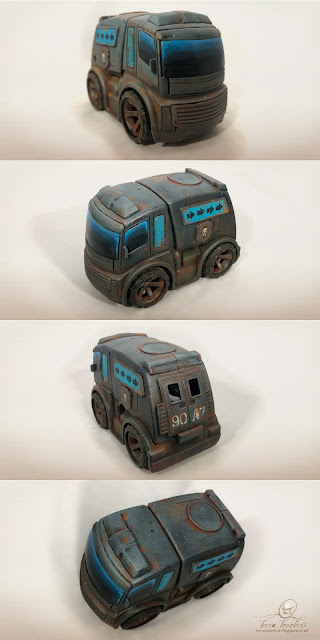 So now all that remains is to await the new game and see if these models fit with its as yet unseen contents. That and paint the other 6 or 7 hundred other miniatures I've already got kicking around at home.

*And, of course, a lot smaller than the 54mm of Inquisitor.