The cold, dark days of Winter 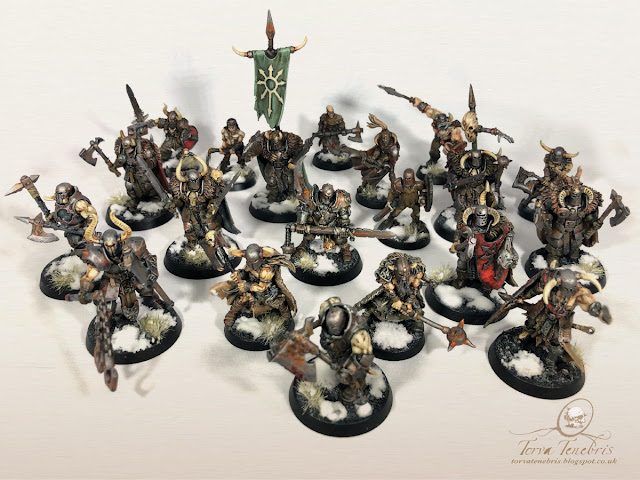 During the last few weeks, my warband of Chaos Warriors has received a handful of reinforcements. I've added the above twenty troops to their wintry ranks.
These guys are followers of Gshtaad, a Chaos god (or perhaps daemon) of my own devising, who is said to somehow be the offspring of Khorne the Lord of Skulls (god of blood, war and murder) and Nurgle the Plague Lord (god of disease, decay and despair). As such I like his worshippers to include a mix of models not just from Games Workshop's basic Chaos Undivided range, but also their Khornate and Nurglish lines.
You may also notice that a few of the miniatures shown here are not from any of the current Games Workshop Chaos ranges. This is because, over the years, I've drawn on a number of diverse sources for this collection, including Heresy Miniatures, Avatars of War, Rackham's Confrontation and older, now out-of-print, Citadel lines. In fact some of the older Citadel models are from my earliest purchases back in the 1980s, converted, or at least repurposed, to find a home here.
I usually try to blend these disparate sources together a little, in an attempt to develop some level of unity within the army, swapping helmets and weapons, and sculpting fur out of green stuff.
Wood, bone, leather, flesh and rusty metal also feature heavily, as do various shades of the colours green and red.
Some of the miniatures here, on the smaller bases, represent Marauders, rather than fully-fledged Warriors. In my mind Marauders are not just lighter-armed Chaos troops, but also less capable. So as well as big, brawny fighters, the likes of which are found in the Citadel Chaos Marauders box, their ranks might also include younger characters, or less enthusiastic conscripts, forced to fight: scrawny cannon-fodder who likely won't last through their first conflict. 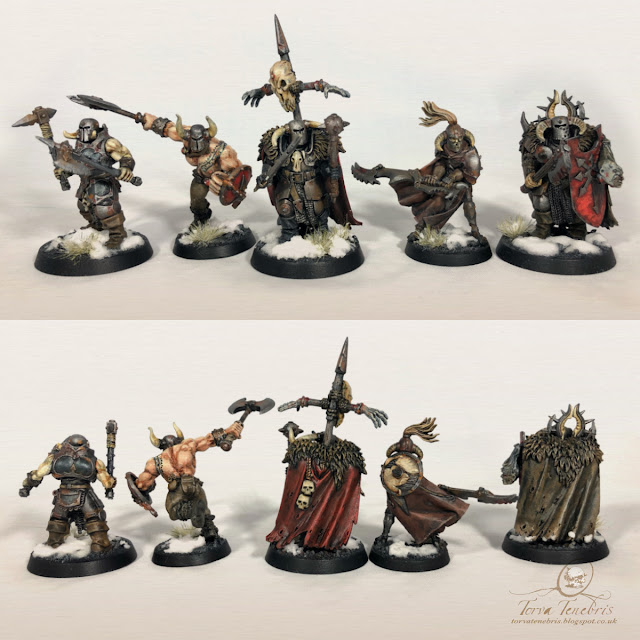 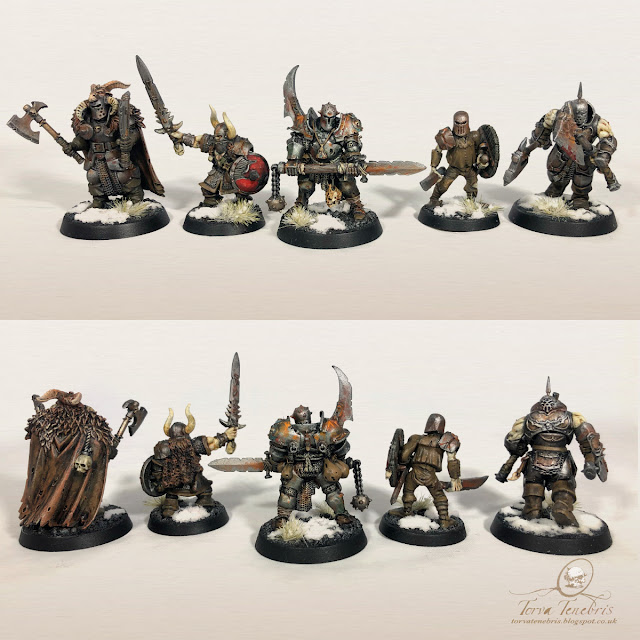 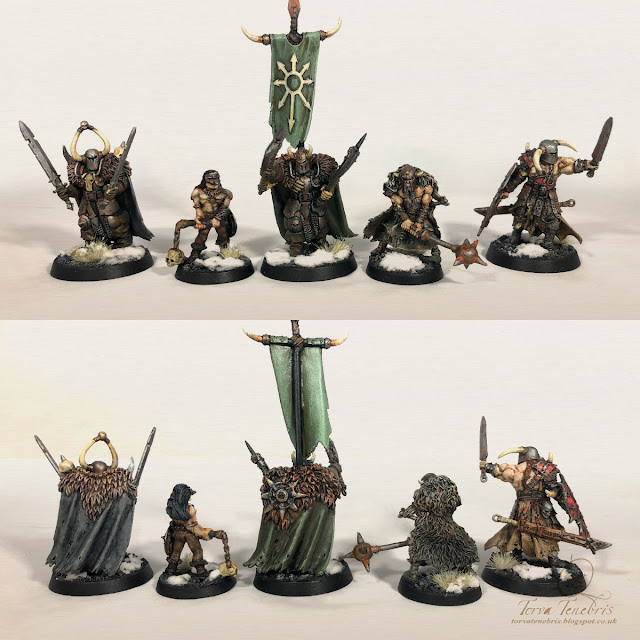 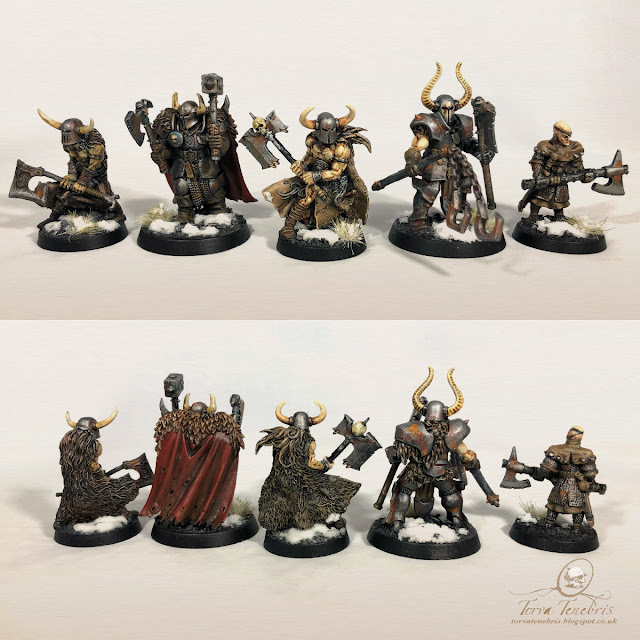 Once finished I popped these on the shelf with their kinsfolk and took a quick snap. It's not a great picture, so I'll try to do some better ones when I can, but at least for now it starts to hint at the growing extent of my little Chaos warband. 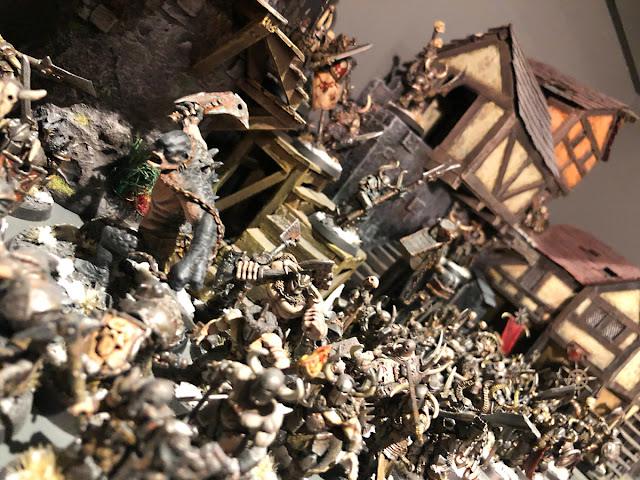