It's been almost exactly a year since my last post. That's a huge gap, but the good news (at least for me) is that, although this blog has been dormant, my hobby activity has not, and I have plenty of bits and pieces to share over the next few posts.

But firstly, let's start with why. Why have I been quiet for so long? Well, the main reason is that this time last year, my wife and I began to undertake some fairly extensive work on our family home. Work that saw us completely pack away all my models, tools and paint, that saw us remove most of the top section of our house, that saw at least one ceiling fall in, and two people fall through them (neither were injured), that had rain water pouring down internal walls, a bedroom completely open to the elements for several days, and that ended up taking more than twice as long as originally estimated. But after everything was over, and finally complete, work that gave us a whole new floor on our house. I'm talking, of course, about a loft conversion, but after the painful, drawn-out process that we went through, it feels like so much more than just those simple words.

When we first started the work, I had no idea that I'd be putting this blog into such a long slumber, even though the building work had been planned many months in advance. I just never put two and two together and realised quite how disruptive it would be. I hadn't accounted for some of the intense mental anguish that would occur, while watching one's home being quite literally torn apart.

But it's done now and the upshot of the process, as far as this blog is concerned, is that instead of a dingy space, in among the rafters of a dusty roof, I now have a properly appointed office for all my work and hobby pursuits. 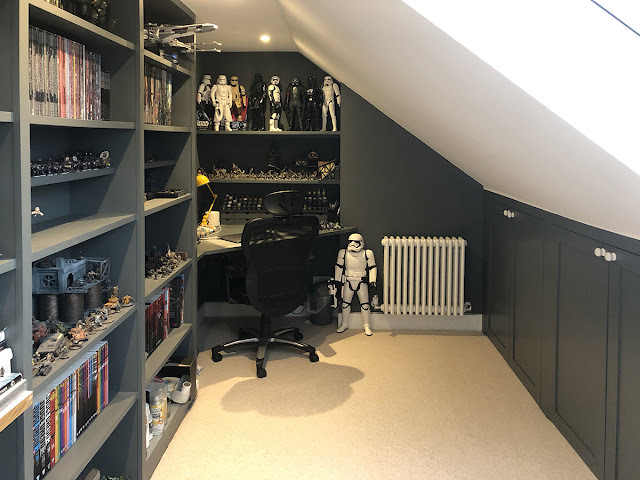 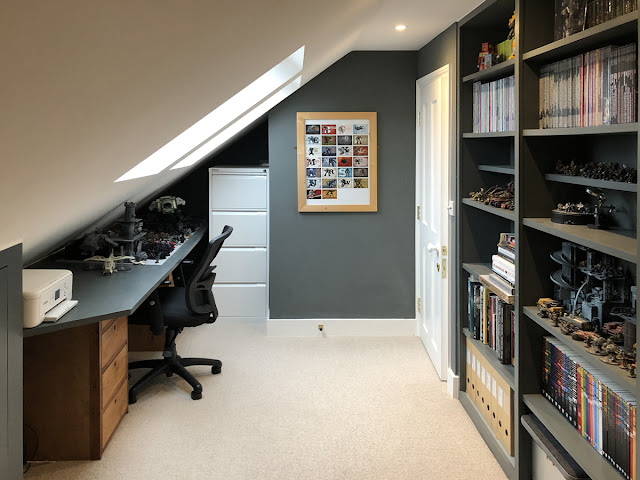 When fitting out the room we ensured there was plenty of shelf, desk and storage space. Me so that I could fit everything in and it would still be neat and functional, and my wife so that she could guarantee there wouldn't be any of it elsewhere in the house.
One of the biggest boons of this, and of being forced to organise everything from scratch, is that when placing finished models on shelves, I was able to set them up as little displays – almost like diaramas.

There was a lot more to the last 12 months than just the moments I've touched on above, and there's even a fair bit more to my office than just the images shown here, but I think it's probably best to leave it here for now, for fear of boring everyone stupid with excruciating detail.